Now is the time to stand up!
I have studied renewable energies in college and been involved in the solar industry for over 40 years now. In 1996 after years of hard work by a dedicated group of people, on Sept. 23rd, AB1890 was passed. A flawed bill by all accounts, but it finally opened the door to allow grid tie systems. Since then it’s been a roller-coaster of ups and downs as we struggle to hang on, losing much of what we fought so hard for, little by little, even today.

By now most of us had hoped that clean distributed energy would be the norm rather than be facing gradual elimination, their weapon of choice. We live in a world where the potential for clean energy and the money to be made is practically limitless, and yet it is still being threatened. This should not be, and has to stop. Behind the scenes the carbon fuel industry has a stranglehold with almost limitless money writing laws to protect the status quo. BUT there is one thing politicians love more than money…..Power.

Real power comes from people, people who are committed. The NRA had that kind of power. With numbers of noisy, active supporters and money from gun manufactures, they stopped gun reform even as school children were shot, stopped it dead in it’s tracks! I believe we can rally even more people, plus we have manufacturers that stand to make more than a few gun manufacturers do. And we have something far more powerful than just fear on our side. Something that a small group of people that I was proud to be with in CA had over 30 years ago. Truth. Truth and the vision of a future that benefits mankind for generations to come. Imaging being part of a group for good that is larger and stronger than the NRA ever was!

We are at a crossroads and now is the time to act, and act fast. There are a number of groups doing great work. We intend to work with them. The EEA is a universal organization with a low cost to join, having the purpose of bringing in under one umbrella a large number of people. We intend to use all available sources to provide the truth about energy, the good news as well as the bad, and present it in a way to stir action and make it easy to be involved. Most people I talk to think we’re done and have no idea the assault net metering is under, or the backward view taken by many states. We must do better. I believe the more people know what is going on, as well as what is possible, the more they will demand change.

If we succeed, the victories of the past, like the industry we know today, will seem small. And what the carbon industry fears most will become reality….”Big Green” will dominate. They know the potential for clean green energy is limitless while their industry is not! Imagine our profits surpassing and moving ahead of theirs as they are forced to spend money trying to clean up the mess they made!

If we fail…..can you imagine, more destruction, more pollution, more of the death fossil fuel brings to the planet. We must come together, after all, they have. I’m asking for your help now. Will you help us take advantage of the opportunities we have and move forward … or repeat the mistakes of the past?

So, with all you know to be true, and the consequences we face….are you ready to stand up and join together with us?

“The Power of the People is Greater than the People in Power”   –  Wael Ghonim, Google Executive 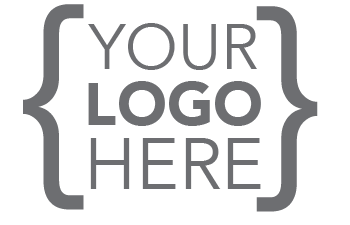